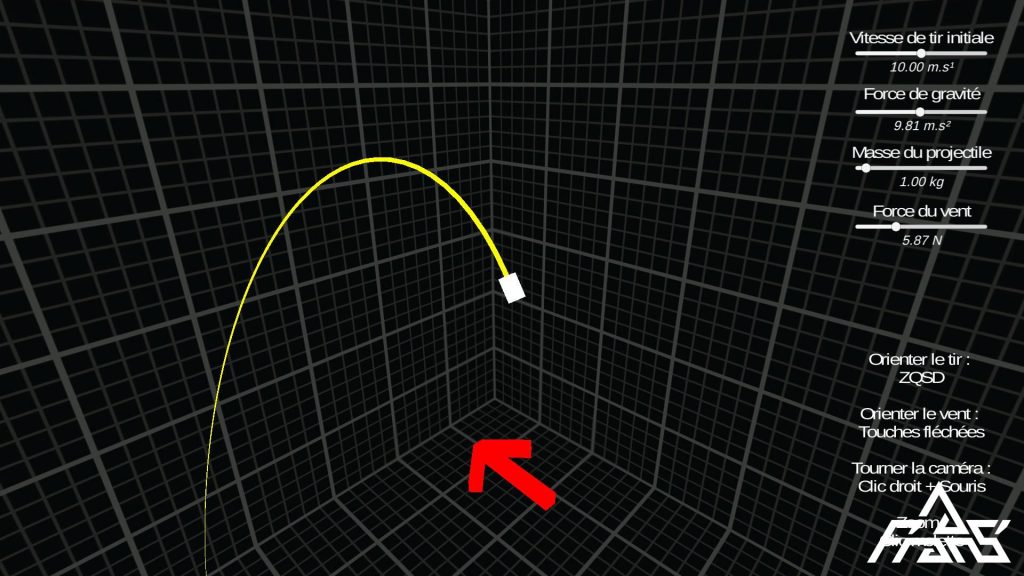 The trajectory calculation is based on the classical mechanics.

At first, it takes into account the initial direction of the projectile, its initial speed, and the gravity. But it’s possible to add the wind force, and take account of its direction and the weight of the projectile (the heavier it is, the less the wind can influence its trajectory).

Thanks to this tool, it was possible to create different funny weapon in the game Land Ahoy! By tweaking their parameters, we have been able to get weapons with very different sensations like the potator which shots very far, but with a trajectory easily influenced by the wind, or the tacos which is not throwable very far. The trajectory being calculated in real time, a special ability enables to show it before shooting.

Thank you to Clément Morin for the support on the physical calculations.