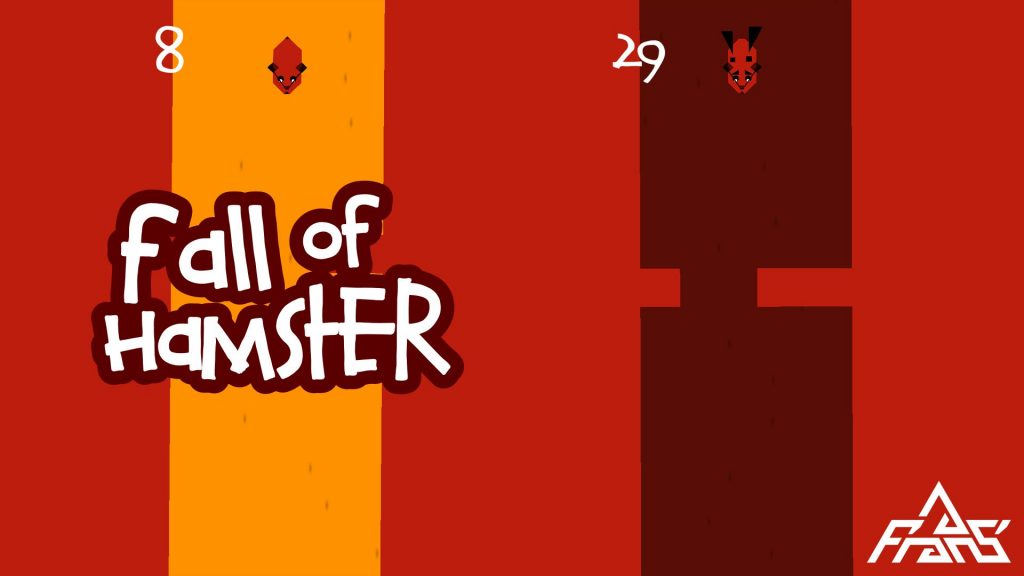 Fall of Hamster is a scoring game available on Android. I developed it alone and it was published in June 2014.

The player controls a hamster which falls in an endless pipe, and must help it to survive while avoiding the highest number obstacles. With the Google Play leaderboards, it’s possible to challenge your friends!

To control the hamster, simply drag your finger on the screen. With his dexterity, the player must survive the longest possible time.

The game offers 3 levels of difficulty: the fetus mode (simple), the classic mode (medium) and the nightmare mode (difficult). For each difficulty, a Google Play leaderboard is available to let the player compare his score with his friends. 28 achievements to unlock are also available.

Fall of Hamster is the first game that I have developed and published on a download platform and it’s also my first mobile game! So it was a rewarding experience, because it was the first time that my family and my friends could play on their Android phone to one of my games. The feedback was good and I started to update the game to improve it according to the recommendations of the players.

In its first version, the game included only one mode of difficulty (the classic mode, hence its name), and when you touched an obstacle, you lose immediately. So I added two new modes of difficulty: one simpler for the players who complained about the too big difficulty of the game, and one harder to bring a challenge to the most experimented. In order to make a less frustrating game, I also added a second chance when the hamster hits slightly on the edge of an obstacle. After that, the player has no more possibility to fail: the colour of the level which comes dark and the shake of the camera during the impact are there to remind him.

One of another learning with this project is the integration of the advertising network Admob to display banner ads and interstitial ads in the game. Unfortunately, I did not become multimillionaire after the release of the game.